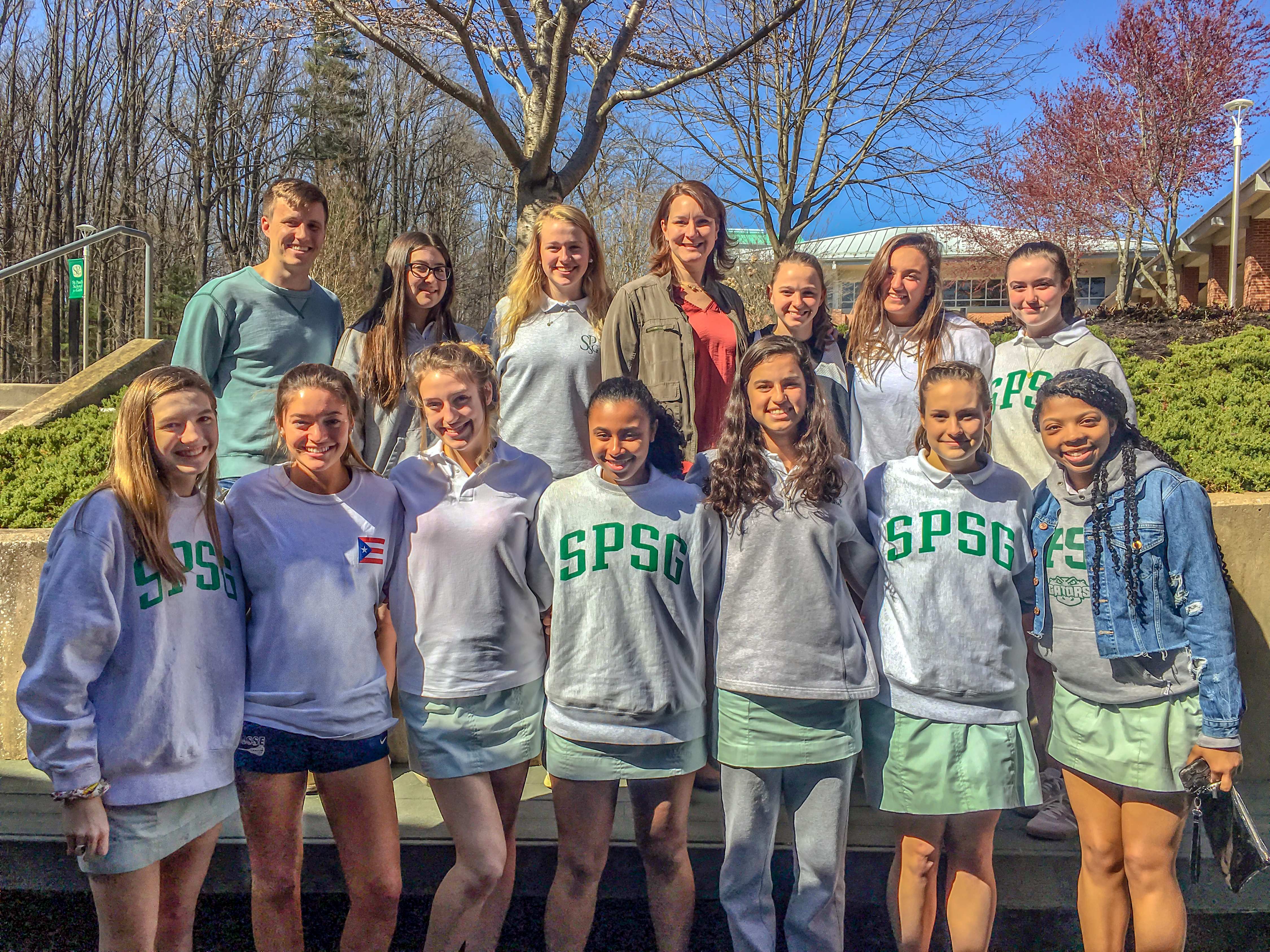 After 15Â years asÂ SPSG's varsity volleyball coach,Â KelliÂ Wilkinson shared this spring that she will be stepping down from her role asÂ championship coach to enjoy life a bit more and establish a permanent residence with her husband in Fenwick Island, Delaware.Â

As the Head Coach of the Varsity Volleyball Program at St. Paul's School for Girls, her teams captured eight IAAM Conference regular season championships in between 2002 and 2018,Â as well as five tournament championships between 2002 and 2013. In her 15 years as head coach, Coach Wilkinson's overall record at SPSG is an impressiveÂ 225-56. In 2003, she wasÂ named TheÂ Baltimore Sun'sÂ City/County Coach of the Year.Â

In addition to her time coaching at SPSG, Coach Wilkinson served as theÂ Head Volleyball Coach atÂ the College of Notre Dame of MarylandÂ where she wasÂ recognized as Coach of theÂ Year twice and held four AWCC Championships in eightÂ years.Â  She alsoÂ served as the Head Men's Volleyball Coach at Stevenson University from 2001 to 2002 and the Head Women's Coach at Goucher College fromÂ 2014 to 2015.Â She was an All-Conference performer at WinthropÂ University and TowsonÂ University.Â SheÂ will continue to serve as the owner and director of the Baltimore Elite Volleyball Club.Â

However, more than her accolades,Â it is her dedication to and love of the sport that her students and players will cherish. "Coach Wilkinson has been the best coach I have ever had hands down," shared Sarah Boyce '20.Â "Her love of volleyball is so infectious.Â I will remember CoachÂ Wilkinson and the way she taught me to enjoy the game to the fullest, no matter the ups and downs. She always told us that we won't remember every point we lost or won, and we might remember our season record, but we will definitely remember the moments of joy spent with the team."

Alumna Jillian Randolph '15, now a graduate of University of Virginia, has carried the lessons Coach Wilkinson imparted well beyond her time on the Varsity Volleyball team at SPSG. "As a player who experienced major injuries towards the end of my volleyball career, Kelli showed me that one injury wouldn't define who I was," she shared. "The perseverance, endurance, commitment, passion, and joy she showed everyday not only helped me get over my injury, but also continued to play a role in my daily life. I try to emulate that same dedication Kelli showed to the sport and to her players in the work I have chosen to do in the global development sphere, and I hope that one day I can impact someone as much as Kelli has impacted me."

CoachÂ Wilkinson has made profound impact on the lives of our student-athletes at SPSG. She created a positive culture in her program andÂ will leave a legacy at SPSG thatÂ will be hard to match. We are grateful for her years of service and thank her for all she did for our Gator community.